Breaking news from the world of research and development innovation

For more than twenty years, FI Group has been helping companies all over the world to finance their innovation through the management of R&D tax incentives and other financial sources. As such, it seemed natural for us to publish our guide to international R&D tax schemes available for companies willing to achieve competitive advantages through... How will the reduced ODA...

With the UK government significantly reducing the ODA financed R&D funds, the UK’s research partnerships have been severely impacted, including many developing countries. The Research Professional News can reveal that more than £2 billion up to 2021 from the UK’s three major funds for international development research are being discontinued and ended their spending periods... Last month, Michael Gove unveiled the UK government's plans for "Levelling up" after releasing their White Paper that set the precedence for spreading opportunity and prosperity across the UK. As set out by Gove, the plan will be the most significant shift of power given to local leaders in modern times and promises to provide... The landscape of UK R&D tax is going to change significantly from 1 April 2023, as the UK are expecting a number of changes to the R&D scheme, the changes of which, were first announced in the 2021 Autumn Budget, as well as published in HMRC’s report for R&D Tax Reliefs. The changes announced aim... Earlier this month the Department for Business, Energy & Industrial Strategy announced the largest research and development (R&D) budget in UK history. The 2022-2025 budget has been set at £39.8 billion, and will ‘help deliver the government’s Innovation Strategy and diver forward ambitions as a science superpower’. A significant proportion of the budget has been... What do they really mean and how will they work together? Web3.0 Within the Metaverse and the Web 3.0, we found that Web 2.0 drove us into an era pressuring us to hand over our individual information and freedoms in favour of the value of the services that a handful of companies provide us. Over... Exciting times at FI Group UK as we have moved office! Earlier this month we relocated to WeWork The Monument, a fantastic new building that has everything we need as our team continues to grow in size and capability. The Monument is located in the heart of the financial district of the city, our new... TO WATCH IN 2022 In an increasingly connected world, there are top tech trends to watch. Technology can create new and exciting innovations that change the world. As we prepare for a post-pandemic future, we're confident the latest tech trends can help address some of the challenges businesses face — and build a more fair,...

Firstly, the 'innovation ecosystem' collectively referrers to innovative ideas to efficiently generate, develop, test and ultimately scale for development impact. They also require the coordinated, collaborative action and resources of the actors noted above. The innovation ecosystem within the UK consists of a set of supportive institutions that work to boost innovation. These institutions include the legal and... 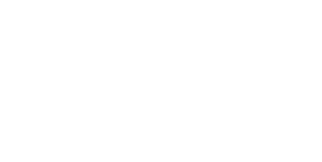 20.04 How will the reduced ODA budget affect R&D funding?

WhatsApp Chat is free, download and try it now here!